OK, so what am I doing in Austin? I was spontaneously invited to fly over to Austin for a few days and I took up the offer to stay at a beautiful house by the creek and go to the springs to bath, to restaurants to eat and to a different venue every night to report to you on some of the most amazing gigs. 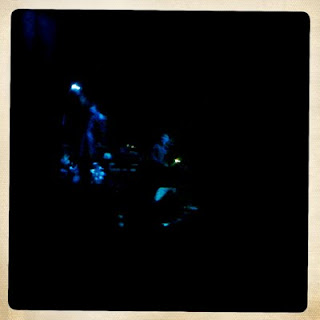 The Kills are currently on a tour of the US and have chosen Cold Cave as their support act for the entire tour. When I heard this I got well excited! Cold Cave is the new project grouped around Wes Eisold, a lovely person who I admire greatly artistically. They play dark new wave with a dance beat and are very much in fashion with that.

At the band's request, Cold Cave played with only blue lights on stage. It made for a great eerie atmosphere. I had never really thought about stage lighting that much before and this group showed me how much the whole atmosphere of the gig can be influenced through the type of lighting you choose. I was very impressed by their first few songs. The music with the stage presence of the band just really captured my attention. To my surprise, the rest of the audience was not for dancing or showed any signs of appreciation except for the mandatory claps between songs. Austin, you can do better than this. But I have to admit, with an audience that wasn't dancing, and this being dance music, and with every song sounding roughly the same, I did get bored a little halfway through the set. I would really prefer to see this band again at a small venue with a party audience. It could make for a great gig.

I have written enough about The Kills to bore you with yet another review. Just this much: They were way more energetic and powerful in Austin compared to Berlin. And I was ever so impressed by that. What a fantastic duo. 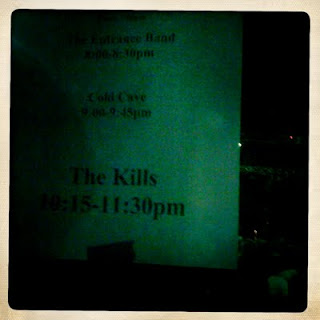