Although this was quite a while ago, I still wanted to say a few words about it. The people from mOck have been putting up small and cozy house shows for a while now and even though their taste matched mine pretty well most of the time I actually never made it to one of these shows until this one. So we made our way to some part of Berlin that I've never been to before to attend this house show.  Since the original show had been been fully booked pretty fast another one had quickly been organized and we were lucky enough to be part of this second show.

The Dropout Patrol played first and presented their stripped down and intimate take on a mixture between 'slowcore' and singer/songwriter music. Similarities to and influences from bands like early Low, Ida or even the Secret Stars can't be denied, however they manage to keep an original approach and likable attitude. Also they were a perfect fit for what was coming up next. 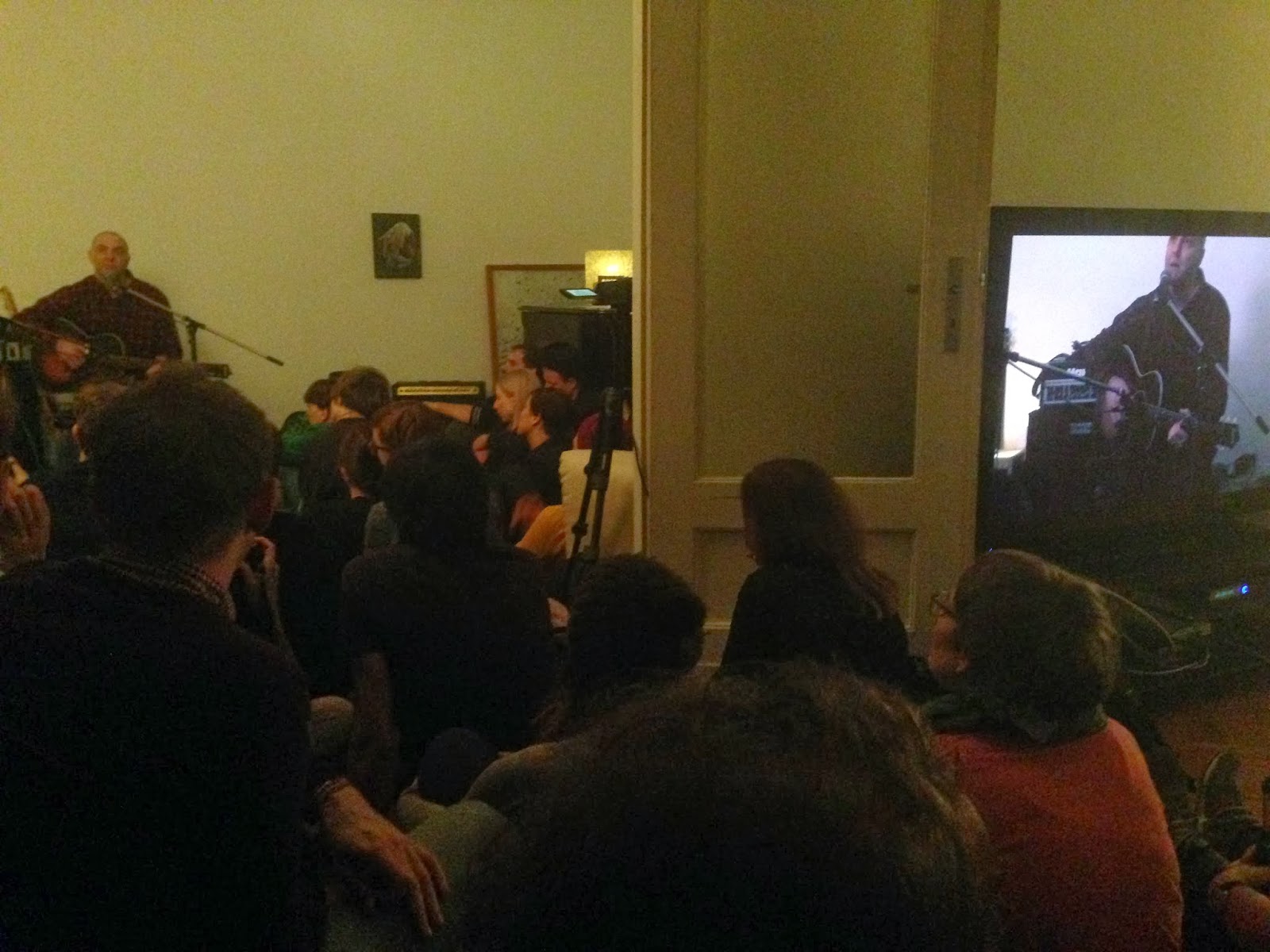 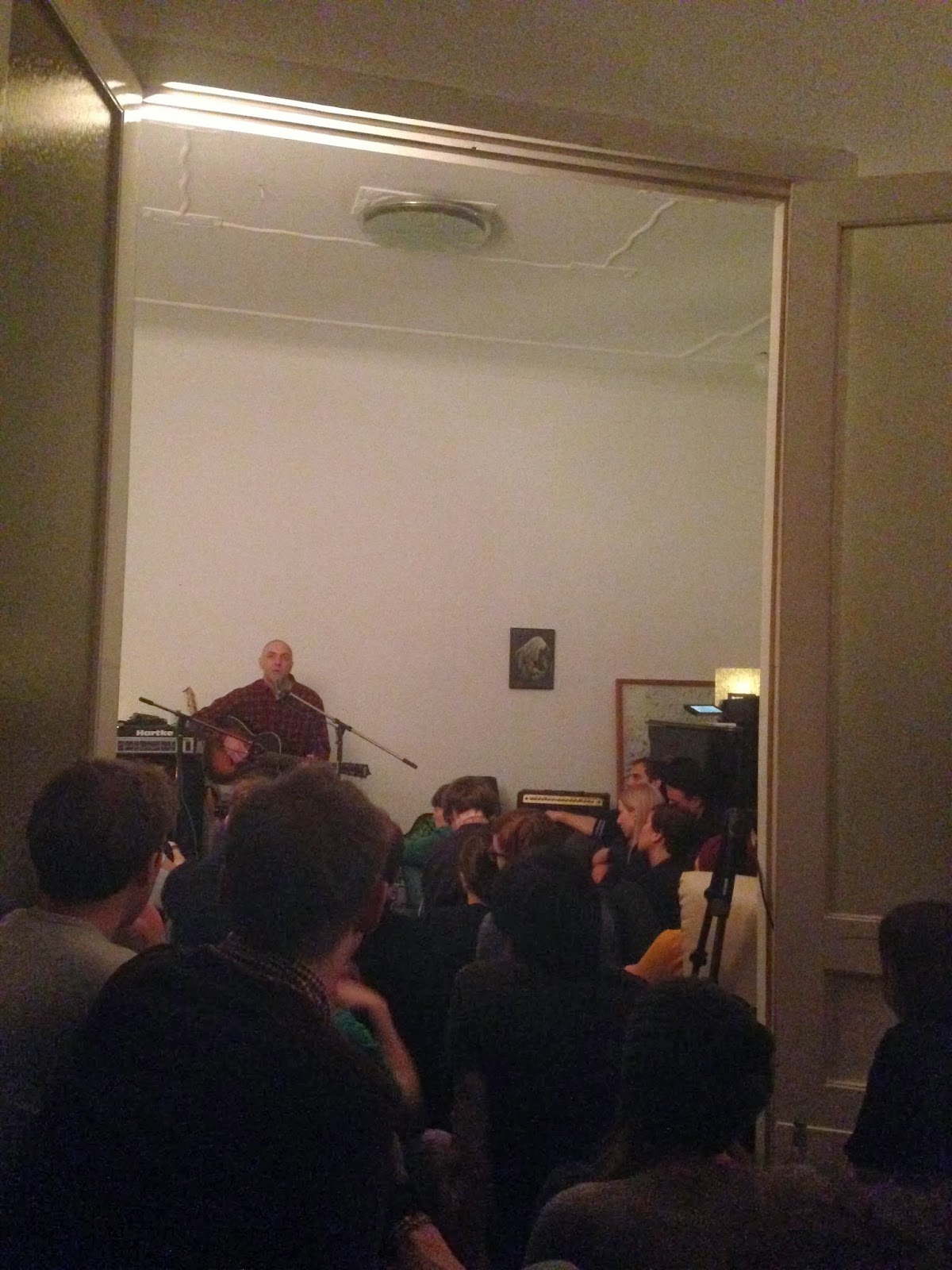 I've seen Geoff Farina play in very different settings and one thing all shows had in common was that they sounded completely different every time. This one was no exception, Geoff Farina played a great show with songs that sometimes were very different from each other stylistically and also concerning their background and origin. Yet if you recapture his musical output over the years all of this somehow made sense and blended together into a beautiful journey through old Secret Stars and Karate songs, even older traditional Americana Folk and Blues pieces and songs of guitar players that seemed to have had a huge impact on Farina's taste and style. In-between songs he told funny anecdotes about the songs he was about to play or about his experiences on the road. All of this made for a great concert and possibly my favorite time of seeing Geoff Farina solo.

The m0ck guys were kind enough to put some filmed songs from the show on youtube, watch them below and click here for some more plus two Dropout Patrol songs of the same evening. They also wrote that 'chances are high, that we'll see Geoff again in these rooms'. Well count me looking forward to it!

CTM festival has already started and is still going on throughout the week. It features some amazing acts, musicians, installations and lectures but there’s also other noteworthy music happening in Berlin as well.

It's Monday morning, it's early, it's cold. Nonetheless there's also a nice week of interesting music coming up, which makes the Monday thing maybe a little more bearable...

1. Five different experimental noise acts played, advertised as a night of crude live noise and dirty electroacoustic tape-music. Since I'm not the biggest fan of harsh noise walls I was pretty surprised how entertaining and unique every performance was. I didn't enjoy all but definitely had my fun.

2. NK's new wall between concert room and bar area is just super, either you wanna see the show or having a beer 'n chat without annoying everyone.

3. Puce Mary's performance was my favorite but I guess Damien Dubrovnik (with Loke of Lust For Youth fame) was the highlight for everyone else including on-stage-vomiting. 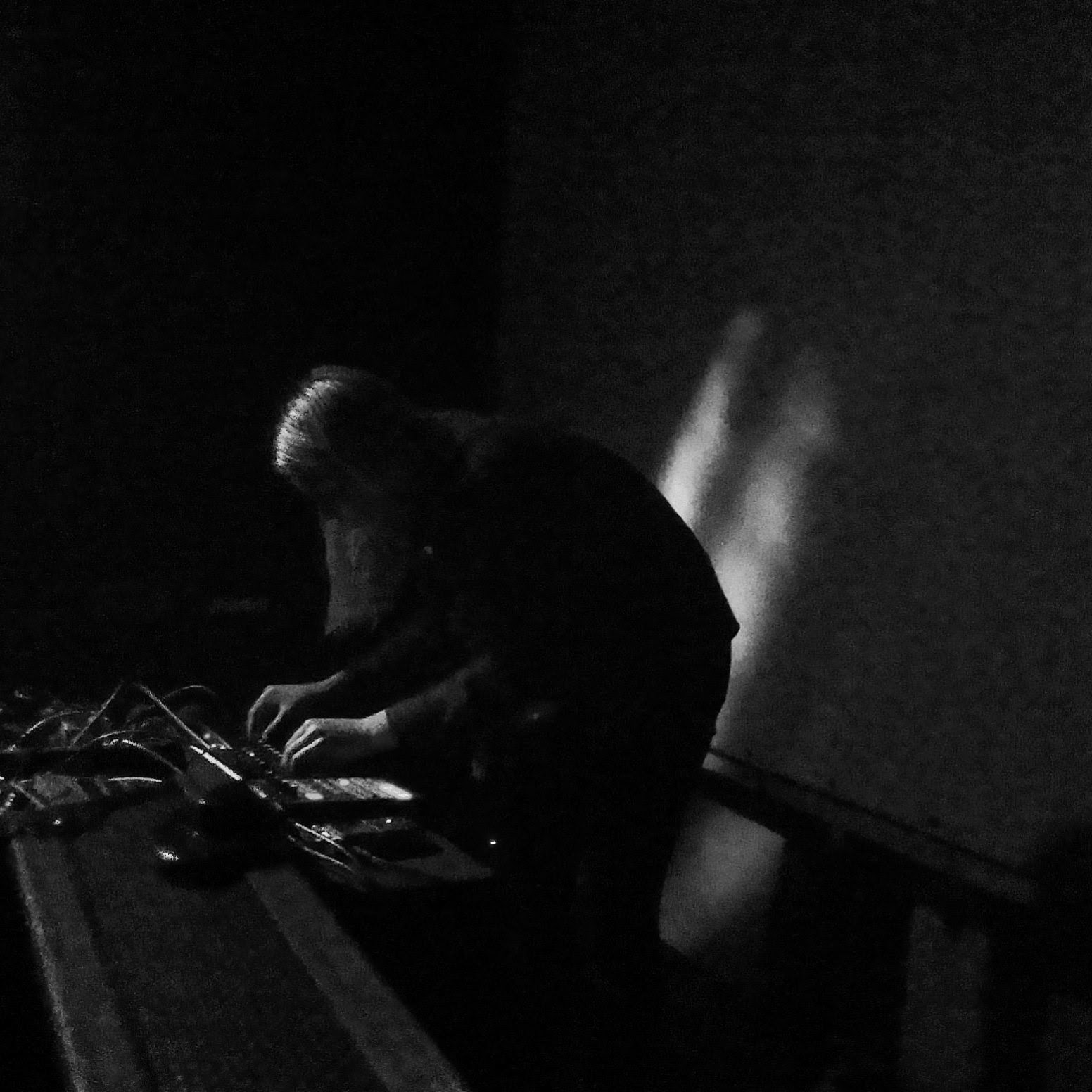 Posted by XnormanX at 23:08 No comments:

The new year is slowly coming out of hibernation and is getting more and more interesting concert wise. See what this week has to offer and also check out our calendar for stuff that's going on later this month/year.

As you might know living in Berlin can be a pretty stressful endeavor. There are shows every day and to be honest I for myself wanna see them all. Unfortunately this is not possible. Too bad. However I saw a couple of really great ones in 2013. A short list in chronological order.

And let's not forget the great Since The Devil Is Gone I Mostly Feel Lonely shows at Monarch. A well curated series of shows. Not sure, but I guess I saw them all including Paul Metzger, Michael Hurley, Chuck Johnson, Daniel Bachman, Ryley Walker, Cam Deas, William Tyler, Bill Orcutt, Glenn Jones, Lonnie Holley.

Here we go. The holidays are over. Real life kicks back in. Depressing? A little. But good things are ahead. A Craze tea party #2 is due soon. And some real nice live music treats are hitting our town in the coming months. Watch out for a first What's In Store 2014 instalment next weekend. For now, here is our first preview of 2014.

For me, the majority of impressive gigs were by known and established artists this year. I only discovered few new bands really. Of the new groups I did learn about, Savages and Destruction Unit stick out. Though the former have immediately been catapulted to stardom stage, they are still new on the scene and they are offering something new and exciting - music has been waiting for them. Destruction Unit play more of a "best of" of noise music, mixing elements of punk, psych, industrial and wave. They rock so hard with it though, it's a dream.

In other news, No Age returned with a fantastic album and show to match. Dirty Beaches is, yet again, my winner of the year. And Festsaal, oh lovely Festsaal, burned to the ground. Its abesence was very noticable throughout the second half the year. We leave 2013 with the knowledge that it will be rebuilt. Will it ever be the same? Hopefully, it will be better than ever! Definitely worth a mention is the new label Späti Palace. An overdue project, Berlin now finally has a label that focusses on showcasing Berlin-based music to the rest of the world. Things will change from hereon, don't you believe it!


Admittedly, I had the most fun abroad this year. The Yeah Yeah Yeahs curated a most fantastic line-up at Alexandra Palace in London this May. Belle & Sebastian, supported by Best Coast, in an open-air canyon theatre with a Santa Barbara sunset is hard to top, by anybody anywhere. Maybe I'll write a (6 months) late review of that at some point. But maybe I will just keep that one memory to myself after all.

ATP's I'll Be Your Mirror curated by Yeah Yeah Yeahs (May)
Belle & Sebastian and Best Coast at Santa Barbara Bowl (July)
Posted by chantal* at 17:51 No comments:

We hope you all had a good start in 2014 and survived all that holiday season stuff without much drama.

Starting the new year with writing about the old one might not be most exciting thing to do but still there were some great live music moments in 2013 that I just didn't want to leave unmentioned. Also I'm really looking forward to what the new year has up it's sleeve, we'll keep you updated about that pretty soon.