This seems to be a rather "rocky" week and we've got lot's of heavy bands featured in the preview. In fact one band is so heavy, their bass player has to wear a helmet during live shows. See you around!

Hope you all enjoyed the (still ongoing) long weekend and the nice spring weather. Here's another preview full of noteworthy live music shows that could help to kill some time during the upcoming week. As usual check the calendar for more dates and see you around!

Monday
Thursday
Friday
Saturday
Posted by J. at 12:17 No comments: 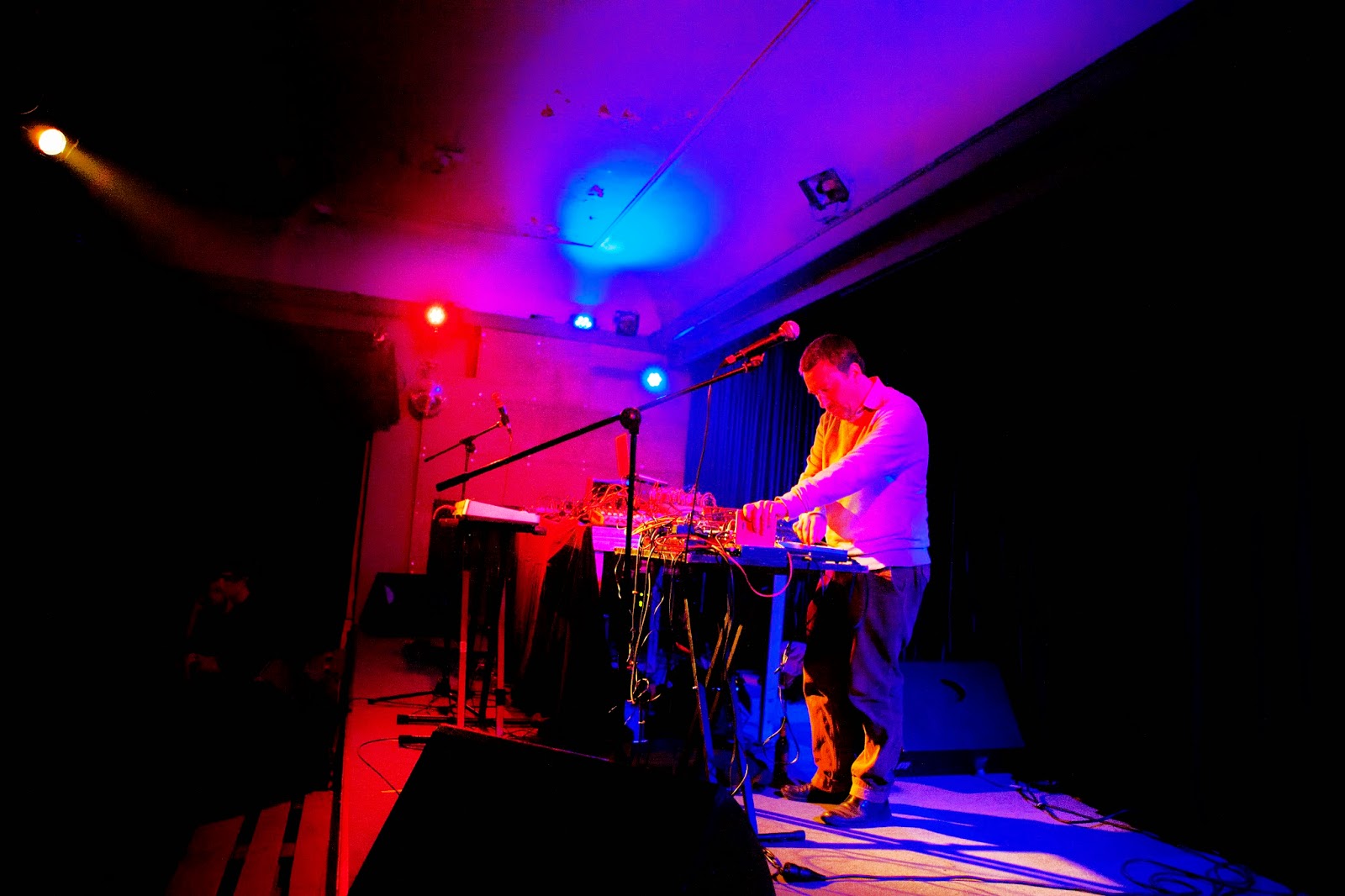 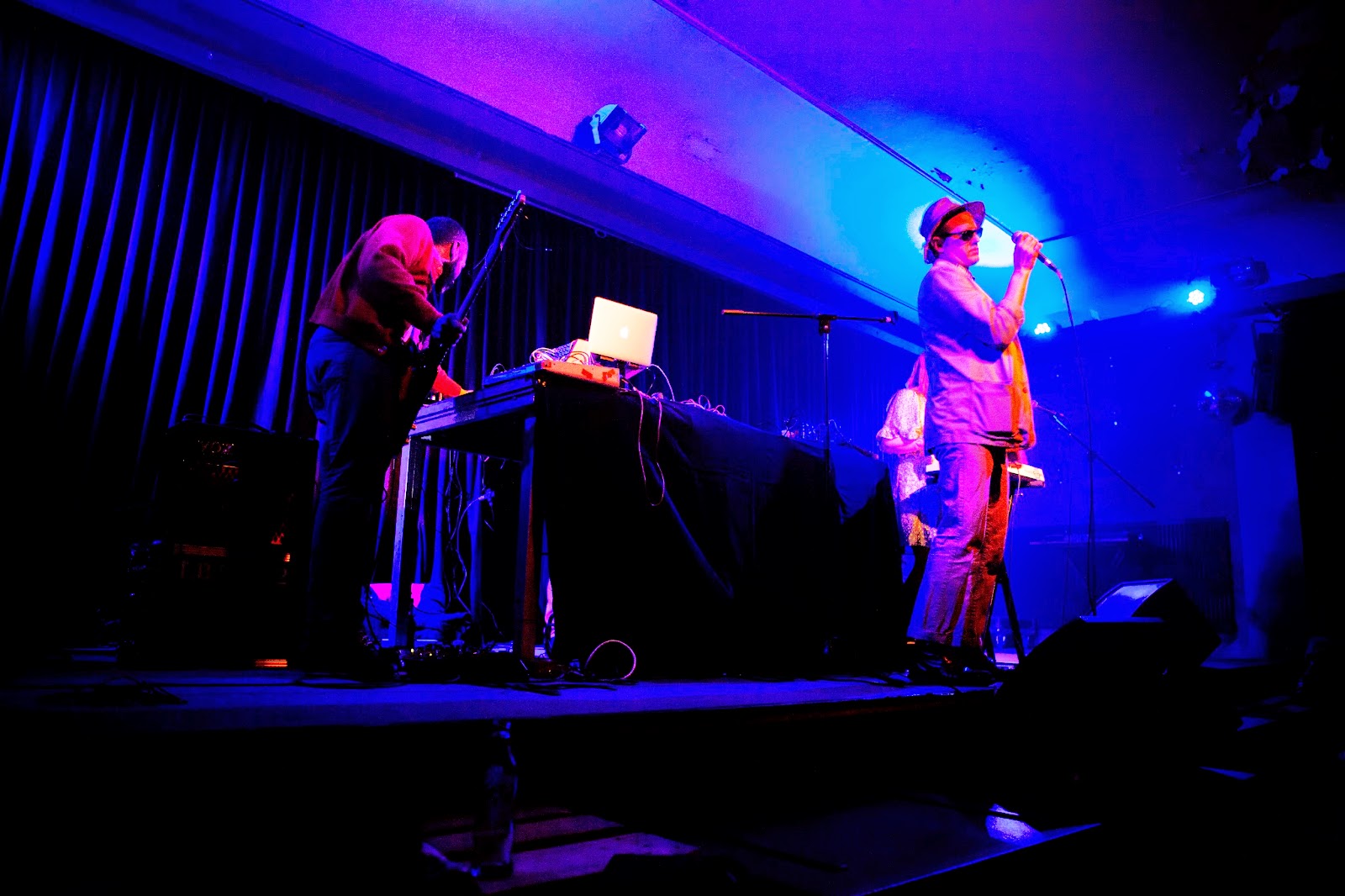 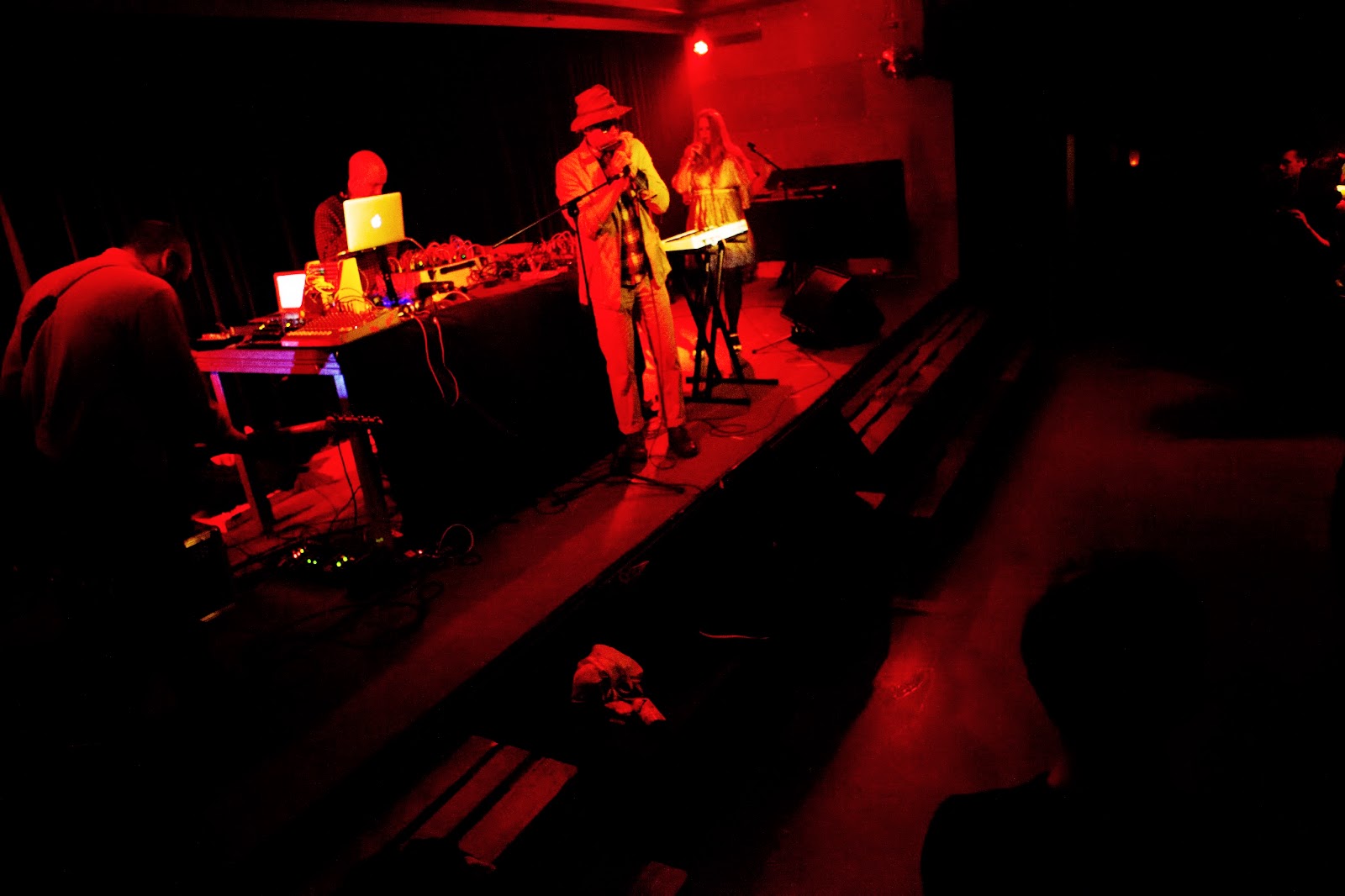 This is going to be one busy week. One of these weeks with more shows happening that are worth attending than me having the time to do so. With the Excepter and the Datashock show, there are two more experimental evenings coming up that I've been looking forward to. But there's more cool stuff going on as well, as usual check our calendar below for some more concerts than the ones we feature in the preview.

For the first time in a long while, busy J. and busy C* got to go on a date. HAU2 was our destination. Pall Jenkins was our object of desire. 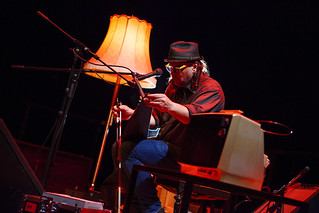 It's been quiet around Pall Jenkins in recent years. Black Heart Procession, his heart-driven project since the 1990s, has not released any new music and we feared he might drift out of our lives. Not that that is possible, given how much we savour Black Heart Procession's records. I would truly and without a shadow of a doubt rate One, the first release by BHP, as one of my top five favourite records of all time. There is something about his voice and that saw he plays and the dark and mystic mood he creates that just draws me back to his music again and again.


This night at HAU2, he did not disappoint. Kurt Vile had designed his stage (or maybe it was a common effort?) to look like a living room - a couple of arm chairs, an old TV set, a standard-lamp. It was cosy and only cups of tea were missing really. The stage set was a nice touch that would set the mood for the evening.
Pall Jenkins may have been given a big chance opening up for a Kurt Vile tour. Then again, for J. and I, he was the reason for our being there, he was the star of the night. And it was oh-so worth it. Though his set was short (we counted six songs), it was intense and swooned a lot of folk, who had most likely never heard of the man. In front of me were a couple of teenagers, obviously here to see the one-and-only Mr. Vile. By the third Pall Jenkins song, they were swaying to the music and clapping emphatically in-between songs. 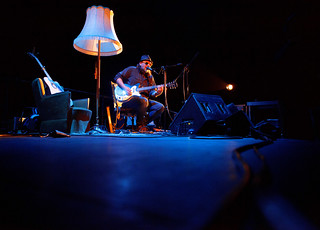 Mr. Jenkins has a very unique voice, which I cannot explain to you - you just have to listen. All of his songs are lyrically slightly dark but often have a positive musical note to it. There is usually a most beautiful melody, complemented by his playing the saw, an unusual trait. On this occasion, he was alternating pure acoustic guitar numbers with songs he had prerecorded and was playing on backing track while singing and playing the guitar / saw over it. All the songs were new and beautiful and I wanted this gig to never end.

When it did - and it was way too early - I took comfort in knowing that I still had an acoustic Kurt Vile show to look forward to. Last time, I saw Kurt Vile, it was with a full band and before "that album" and I was disappointed. The indie-rock thing was not the Kurt Vile I was hoping for. I do like his records, you know. So acoustic Kurt Vile sounded like heaven on earth. 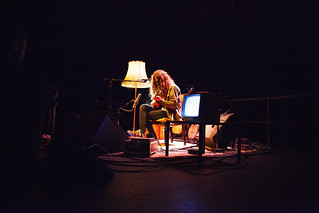 Sounded like it. Was not. Though his voice was very convincing, as it could only be, the songs did not work acoustically at all. This was a surprise. They are obviously tunes written for more than one instrument and entail way too much strumming for an acoustic set. It was great being so up and close to the man, his personality was sweet and fun, the set beautiful. But musically, I was very disappointed unfortunately.

But, you know, ho hum. He will come back with band force and it will be great I am sure. And when my kids say one day "did you ever see Kurt Vile live", I can say "sure, right up close at HAU in 2014 in a living room setting".

Pall Jenkins and Kurt Vile are masters of the recorded medium. Pall Jenkins could also play in my living room every day of the week and I would not say no. This was a lovely date with J.
Posted by chantal* at 08:19 No comments:

I have just had the shittiest week, I mean really, the full monty. Pall Jenkins made it all better last night (review coming up). The power of music. Here is how you can feel better or even better: