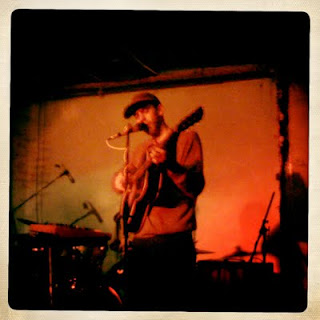 Oh brother, this event seems ages ago now that I write it. But it was so good, and it will go in my Best of 2011 list, that I wanted to put a lot of attention to detail in the review. As a result, I put it off until now. But here goes.

Basically, before arriving at the venue I felt indifferent about the gig. I had had such a hard time deciding whether to attend Stanley Brinks, Austin Lucas or indeed Thank You & Skeleton$ that night. So by the time the decision had been made for this gig it was for reasons other than believing it was going to be the best event musically of the three. It was for wanting to show my boyfriend West Germany, for wanting to hang out with friends that I knew would be there and for its close proximity to my home.

We had made the best choice ever when we climbed the staircase to West Germany! 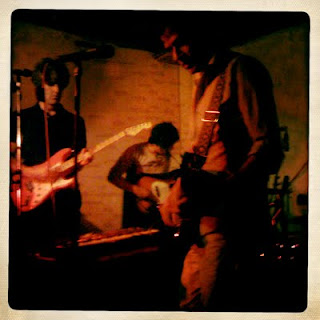 Not knowing too much about Skeleton$, I was given a very positive surprise from the moment they played. And I think I wasn't the only one. The music was so danceable yet so distinct, with many rhythmic changes and unexpected turns within songs. The band was likeable and the atmosphere between audience and band just right. And the group was loved so much that when they were already dismantling their stage set up, having played an encore, people clapped and shouted until the band plugged back in and played another song. Oh boy, oh how we danced!

Now I was worried. What if Thank You couldn't live up to this? Wouldn't that be possible? Heck no! They moved people just as much. They were just as much fun. Their music was just as great. The trio impressed with very rhythmic but also at times jazzy drumming and an array of soundscapes to go with it. Yes, we danced. And yes, we also didn't want this band to stop playing.

Maybe I favoured Skeleton$ just a tad but I would highly recommend you check out both bands if you are not already familiar with their work. I really wanted to make this a special review but really, words fail me. A perfect evening, simple as that. 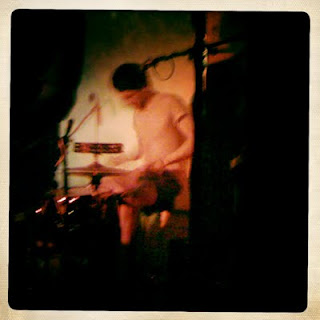