I was invited to see The Specials. Lots of my favourite songs are Specials songs, so it was indeed special to be able to see this group, these heroes live once. 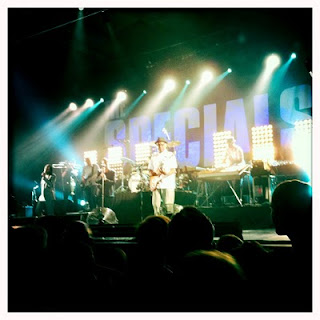 What can I say? A quick positive / negative comparison does this the most justice: 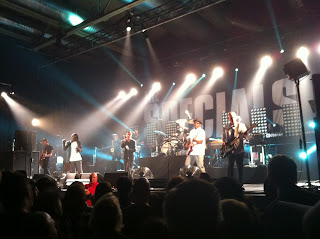 We had a really good time, no doubt, but it wasn't like going to see your favourite band in concert. It was like going to a big event, with all the ins and outs, including brezels on sale outside after the gig (reminded me of the hot dog salesman who follows Homer around).

Email ThisBlogThis!Share to TwitterShare to FacebookShare to Pinterest
Labels: Columbiahalle, Review, The Specials