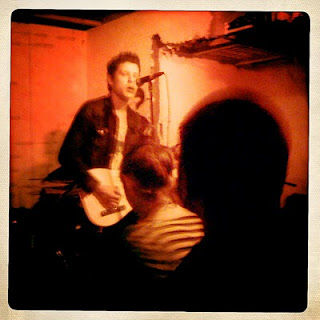 Somehow this gig felt incredibly exclusive, queueing in the staircase that leads to West Germany at 11pm on a Thursday night. We heard the band soundchecking and the excitement was building.

Crocodiles actually came onstage at midnight and, since they had had a warm up as support of White Lies at C-Halle, went into a full rock performance straight away. Musically tight with a good rhythm section, they played their songs with a lot more rock'n'roll than they sound on record.
Lead singer Brandon Welchez sure likes to give a performance, and on this occasion that included anything from grabbing a phone from an audience member, joining the crowd for a dance, climbing on top of the drum set, to just dancing in a self-indulgent fashion. It made for a fun gig to watch. 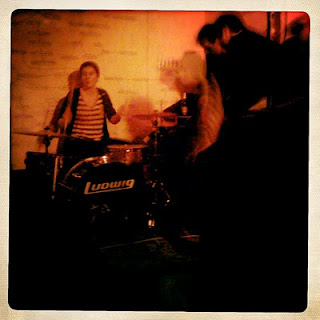 If I didn't know this group was from San Diego, I would for sure guess so anyway. The look and energy convey Southern Californian style to the max and strongly remind me of a lot of groups from San Diego in the 1990s.
But, to the disappointment of my date, they weren't wearing sunglasses onstage.

Maybe I felt at times that the band was loving itself just that little too much. But then again, I prefer that a lot to those groups who just stand around playing a guitar with nothing much to it. 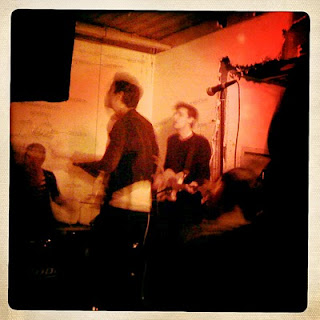 This was something. This was fun. 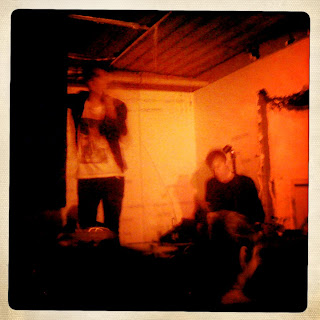