Last years Wolf Eyes show at Festsaal Kreuzberg was so good that I just wanted to see them again at Urban Spree this Monday. Not much changed concerning the band, there is no new record and I didn't hear of any plans to release one in the near future, but the show itself still felt different. Probably even better than the last one.

When we arrived at Urban Spree, Bill Kouligas was already playing a DJ set outside of the venue. I really liked the concept of having somebody play music outside before everyone was about to squeeze themselves into a dark, hot and sticky room for over an hour. Kouligas played a really cool set, mostly consisting of older dub tunes. I really liked it and the music was perfectly for hanging out outside. 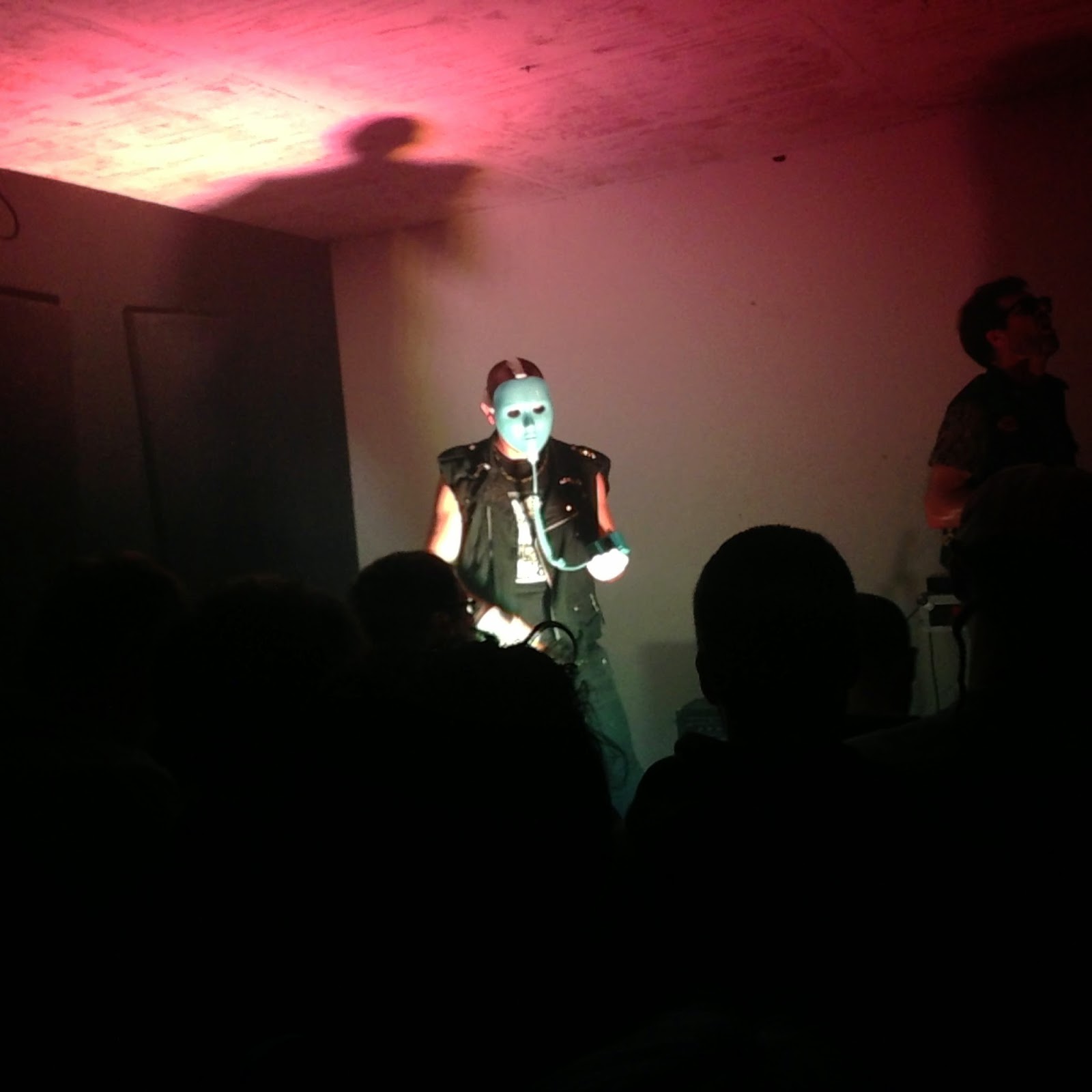 At some point however it just got a little cold, so we decided to go inside where Wolf Eyes also were about to start playing. The room was just dimly lit and completely filled with fog, which created a nice creepy atmosphere that was a perfect fit for the upcoming music. Wolf Eyes started to play and I immediately liked it. Their set was mostly built on minimalistic and monotonous beats with the additions of noisy layers and heavily distorted and processed guitar. The gnarly and nagging vocals did their part to complete Wolf Eyes' harsh industrial sound. While their show last year mainly had consisted of songs from their last record, I had the feeling that improvised parts and more free structures played a huge part in this night's set. The sound was great, a point where Urban Spree never seems to disappoint. There also was an uncomfortable  light show with strobe lights flashing and moving around, that somehow suited the music but was a bit hard to look at most of the time. Wolf Eyes stage presence was definitely more engaging, probably due to the fact that Urban Spree's stage is lower and the whole setting is much more intimate than it used to be in the rather large Festsaal. The combination of the dreary, dark music with their Mad Max like dystopic appearance was really intense and impressive. 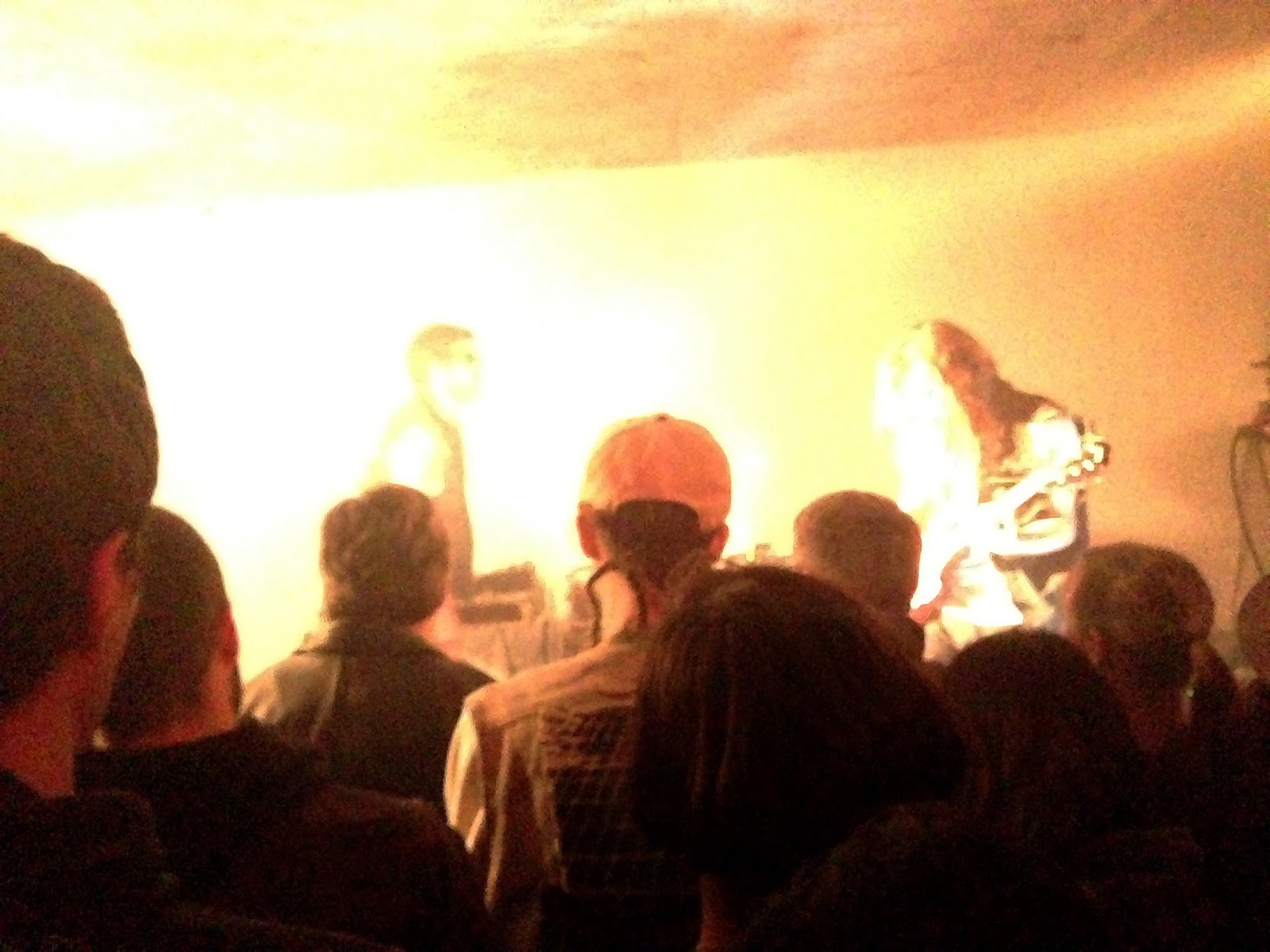 All in all this simply was a great show. It definitely wasn't unchallenging but I knew before that it wasn't going to be since Wolf Eyes is a band that challenges the listening habits of their audience. They're a band that transcend limits of genres and anticipation. Their sound is offensive but in the end I definitely prefer a band that's offensive and arduous to one that's just boring and complaisant.
Posted by J. at 15:18