Admittedly, Tephra isn't exactly my cup of tea. Some of their songs really catch my attention but others don't at all. I like my noise, I like my rock but Tephra do a lot of that prolonged rocking à la Isis et al. I drift off. But Tephra are good people and old acquaintances of mine, so I followed their kind invitation and popped by Cassiopeia on a Friday night. 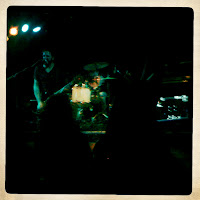 Tephra typically have a pretty solid fan base and I expected Cassiopeia to be packed. But it was lightly filled, technically enough to get an atmosphere going but not in the sense that anyone would have to sweat. I needn't worry about that anyway, not one single person danced, or moved at all for that matter. That was odd. I used to go to a lot of HC shows and I don't think I ever so an audience that still.

Tephra rocked hard, their incredible drummer (he really is) giving everything. It was surreal how you had these four people onstage going wild and this static audience staring at them. Kinda funny. And especially so when the merch stall was extremely busy afterwards, with some folks buying one of every T-shirt designs. Mind you, they do know style, those guys in Tephra.

I think overall, and I may be a little out of line here, but I think overall Tephra is a "boys will be boys" kind of thing. I like noise, but I like it less in your face and more jazzy, if you know what I mean. But I did really enjoy myself and we all had a drink afterwards and went home happy. 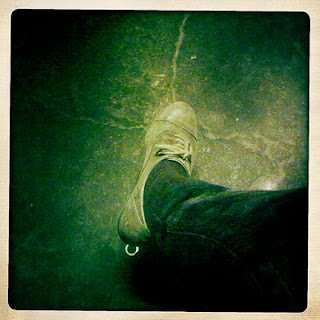